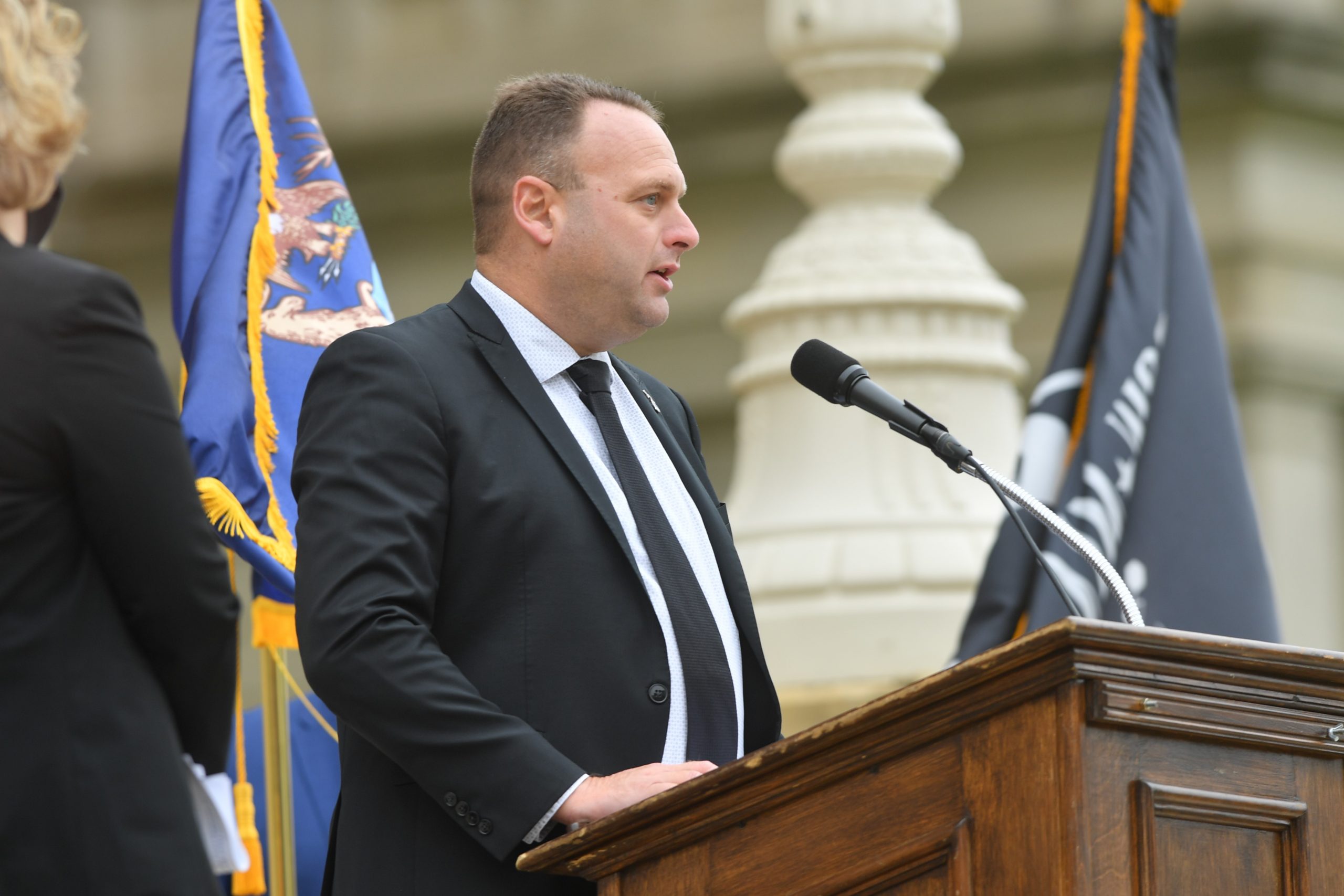 State Rep. Jason Sheppard of Temperance today paid tribute to a late Monroe Township firefighter during the Michigan House’s annual Sept. 11 Memorial Service at the Capitol. The ceremony remembers first responders and members of the military from Michigan who died in the line of duty in the past year.

During the event, Sheppard read the name of Monroe Township Fire Department Captain Joseph Liedel, who died Aug. 23 after suffering a medical emergency while on duty in July.

“Captain Liedel served our community for nearly 30 years as a dedicated first responder,” Sheppard said. “He was a hero who dedicated his life to keeping the public safe, and it was an honor to have this opportunity to recognize his service. This is a loss felt deeply not only by Joe Liedel’s family, friends and colleagues, but also our entire community.”

PHOTO INFORMATION: State Rep. Jason Sheppard pays tribute to Monroe Township Fire Department Captain Joseph Liedel today during a ceremony at the Michigan State Capitol to recognize first responders and members of the military from Michigan who died in the line of duty in the past year.

State Rep. Jason Sheppard tonight released the following statement after learning of the passing of Wayne County Sheriff Benny Napoleon: “I am incredibly sorry to hear about the loss of Benny Napoleon tonight. Many of my colleagues knew him as a very successful sheriff and a strong partner with the Legislature on criminal justice reform. […]

Rep. Jason Sheppard of Temperance today said that a safe, complete reopening of Michigan’s economy is necessary to preserve funding for schools and other essential public services over the long term.

The plan will allow school districts to work with local health experts and determine the best course of action for students, teachers and families in their communities. In-person attendance is not required at any grade level, but it’s strongly encouraged for grades K-5 when it can be done safely.