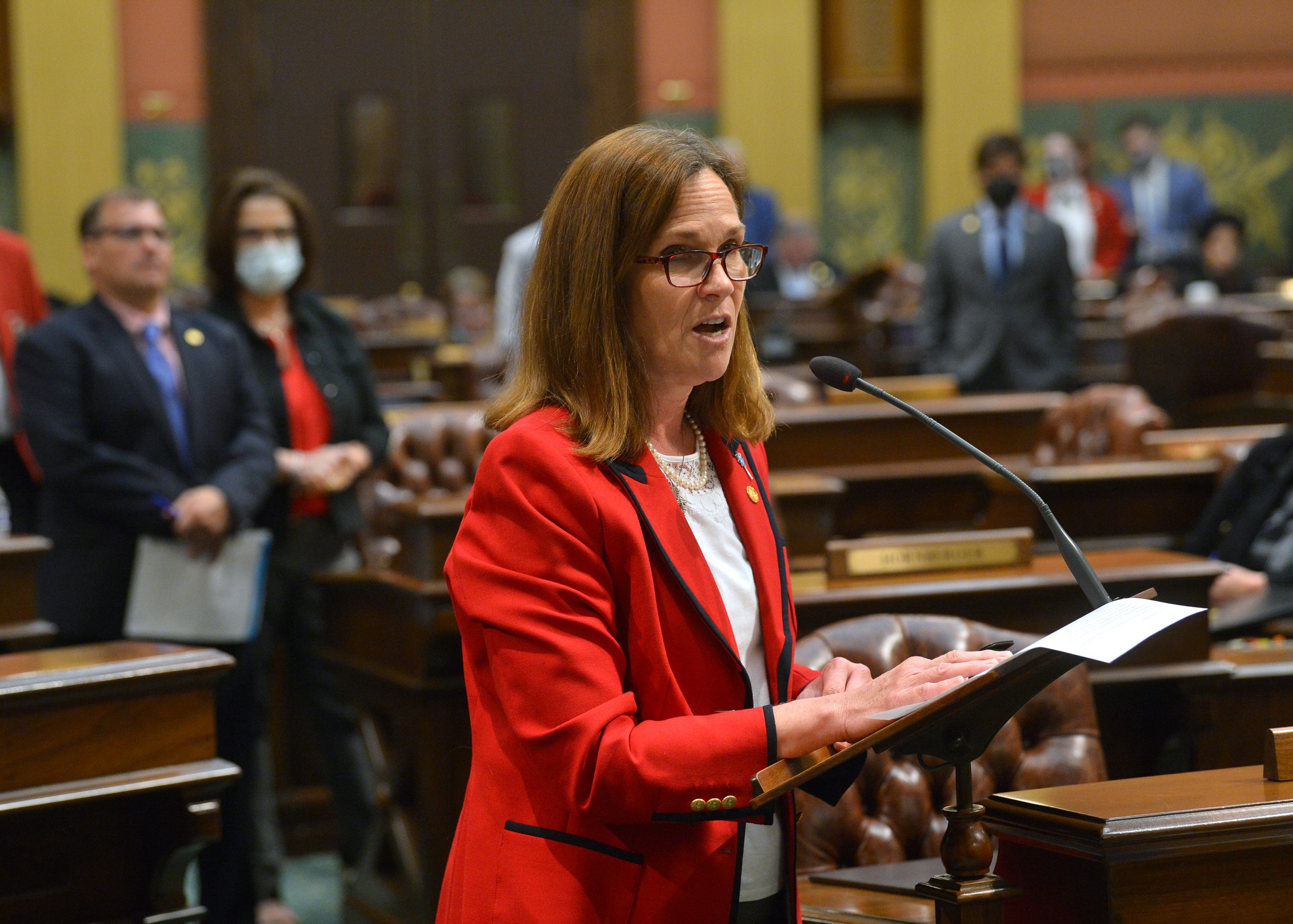 State Rep. Mary Whiteford stated today that a pending refund announced by the Michigan Catastrophic Claims Association was sparked by a 2019 reform she helped approve in the state Legislature.

The reform helped create a surplus within the MCCA, called for periodic audits of the association’s finances, and required refunds for Michigan drivers when certain financial criteria are met. This week, the MCCA board voted in favor of issuing refund checks to insured drivers, with the amount and other specifics expected to be announced within the next several weeks.

“It’s gratifying to see the fruits of our reforms that we fought hard to bring to Michigan drivers,” said Whiteford, of Casco Township. “I look forward to more information being unveiled. For years, our state’s drivers faced some of the highest vehicle insurance costs in the nation. Families need and deserve these continued savings that have resulted from our plan.”

The refund will come in addition to annual MCCA rate reductions. The per-vehicle assessment fee was $220 in 2019, but it has dropped to $86 per vehicle for the current 12-month period. The annual fee is charged only to drivers choosing to maintain unlimited lifetime personal injury protection benefits in their car insurance policies. Drivers who choose lower coverage limits under Michigan’s revised no-fault insurance law avoid the fee altogether.

Rep. Whiteford, the Chair of the House Appropriations Subcommittee on the Department of Health and Human Services, talks about speaking at the Capitol Thursday at the Unite to Face Addiction rally. Rep. Whiteford says the state has worked to provide more addiction intervention early on, and to make sure that resources are available.

State Rep. Mary Whiteford, vice chair of the House Appropriations Committee, gained approval from the full House on the Department of Health and Human Services budget proposal she spearheaded as chair of the DHHS Subcommittee.