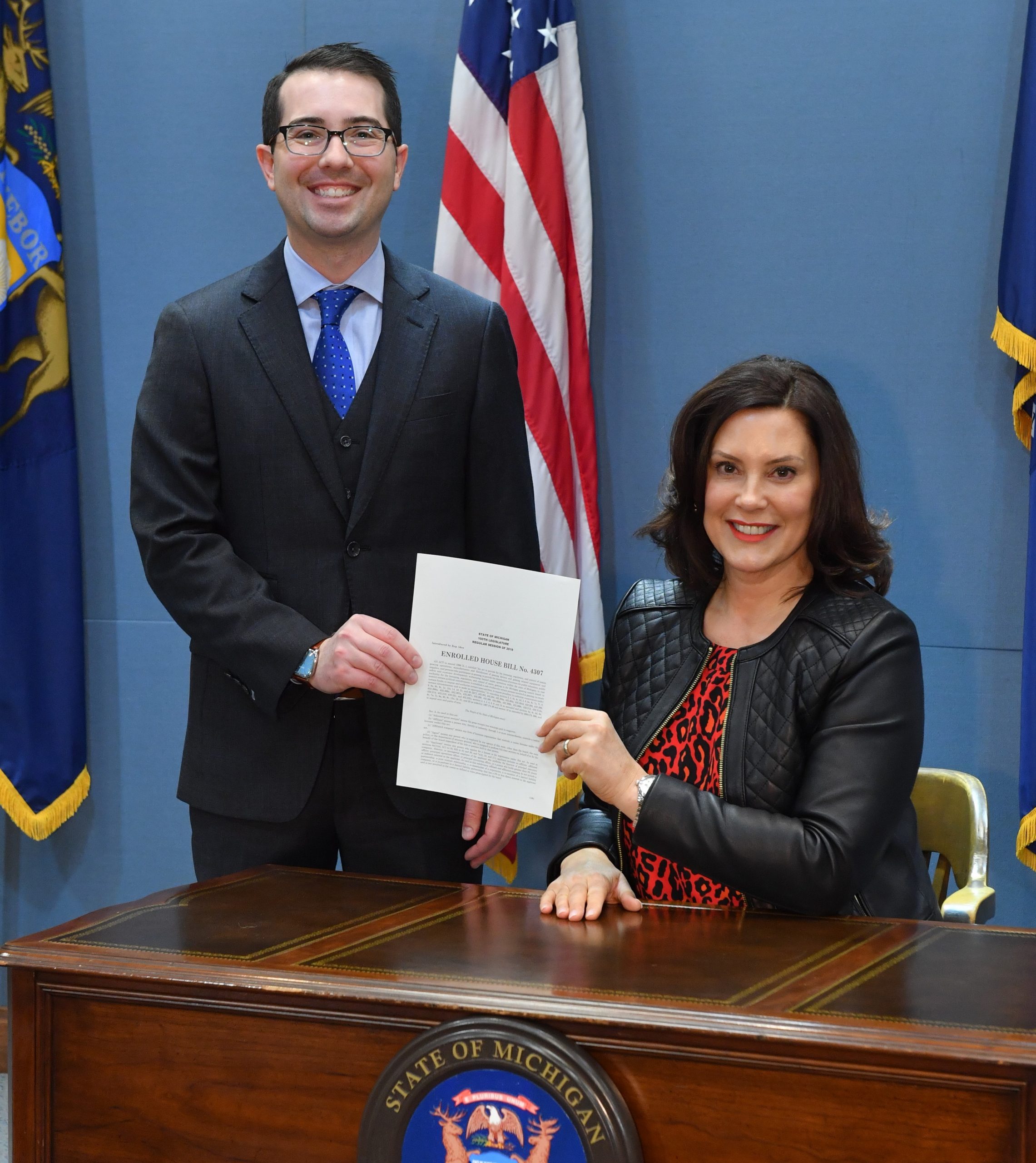 The new laws were subject of a ceremonial signing by Gov. Gretchen Whitmer.

“I’m grateful for this opportunity to bring everyone together and celebrate a great day for the state of Michigan,” said Iden, of Oshtemo Township in Kalamazoo County. “Consumers will have safe, regulated online sites and will no longer have to settle for traveling to other states or playing through risky, offshore operators. Our students and schools will have more revenue because of these reforms — without raising general taxes. These reforms have been more than three years in the making, and I know they will benefit our state for years to come.”

Iden – chair of the House Ways and Means Committee — is the bipartisan package’s lead sponsor. The new laws – officially signed by the governor last month — deal with fantasy sports, charitable gaming, and horse racing as well as sports betting and casino-style gaming.

The laws provide a competitive tax rate and regulatory framework for sports betting as Michigan joins many other states – including Indiana, Illinois and Pennsylvania — in recognizing a 2018 U.S. Supreme Court decision that encourages state action. Online casino-style gaming and sports betting will be allowed only for those 21 and older through casinos already operating in Michigan, including Detroit’s three casinos and tribal casinos across the state.

The Michigan Gaming Control Board will regulate online gaming with built-in safety features and strict state oversight – including age verification systems and protections against fraud.

A portion of gross “igaming” and sports betting revenue – translating into millions of dollars – will improve essential public services without asking Michigan taxpayers to pay more at the gas pump or grocery store. Rep. Iden ensured that the majority of that revenue will go to Michigan’s public schools.

Another portion will be dedicated to the Compulsive Gambling Prevention Fund to help those in need access treatment and prevention programs.