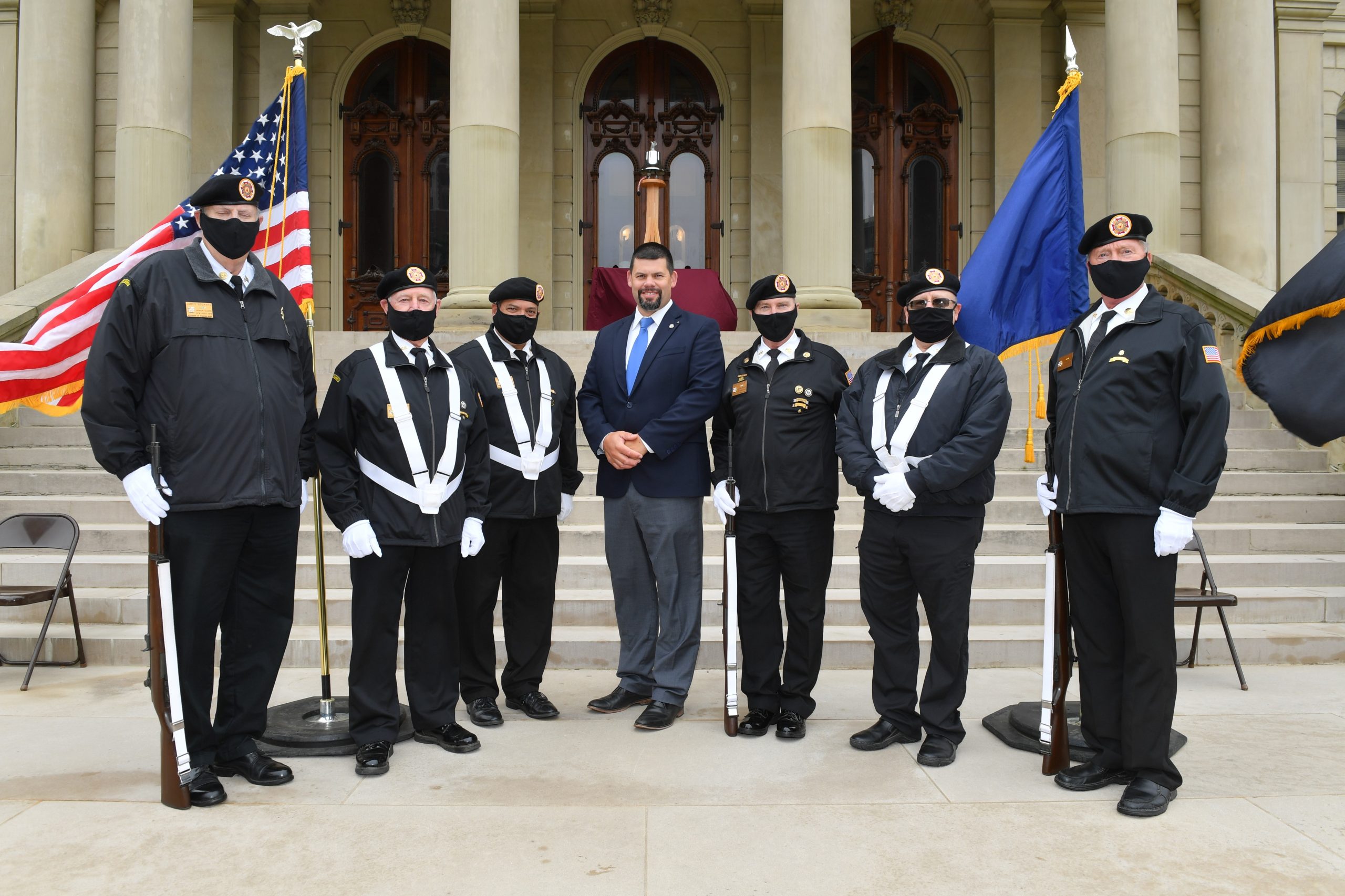 State Rep. Triston Cole today welcomed the members of the Ralph Holewinski VFW Post 1518 in Gaylord to the Michigan State Capitol, where the veterans served as the color guard and performed a rifle salute during the Michigan House’s Sept. 11 Memorial Service.

The annual ceremony remembers first responders and members of the military from Michigan who died in the line of duty in the past year.

“It was great to welcome our local VFW post to the Capitol for such a moving tribute to our first responders and troops, including those we have lost in the line of duty this year,” said Cole, of Mancelona. “We should all take time, especially around Sept. 11, to honor the selflessness of first responders and members of the military who dedicate their lives to protecting our communities.”

Cole said the House has conducted the memorial service since 2011, which was the 10th anniversary of the terrorist attacks on the World Trade Center and Pentagon.