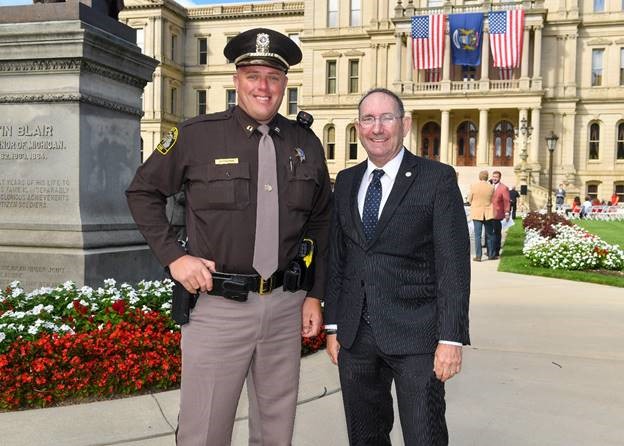 The ceremony marks the 20th anniversary of the Sept. 11, 2001 terrorist attacks on the United States, honors first responders and military members working in our communities, and remembers those in Michigan who have died in the line of duty.